In September 2021, MarshallAI, together with Dynniq Finland, advanced to the 2nd phase of the EU-funded AI4Cities project. Since then, the Ix3 system has been deployed in four separate intersections in two countries; three intersections in Suutarila, Helsinki, and one intersection in Saint-Maur-des-Fossés, Paris region. The implementation has been successful and the results indicate an improved emission reduction potential. 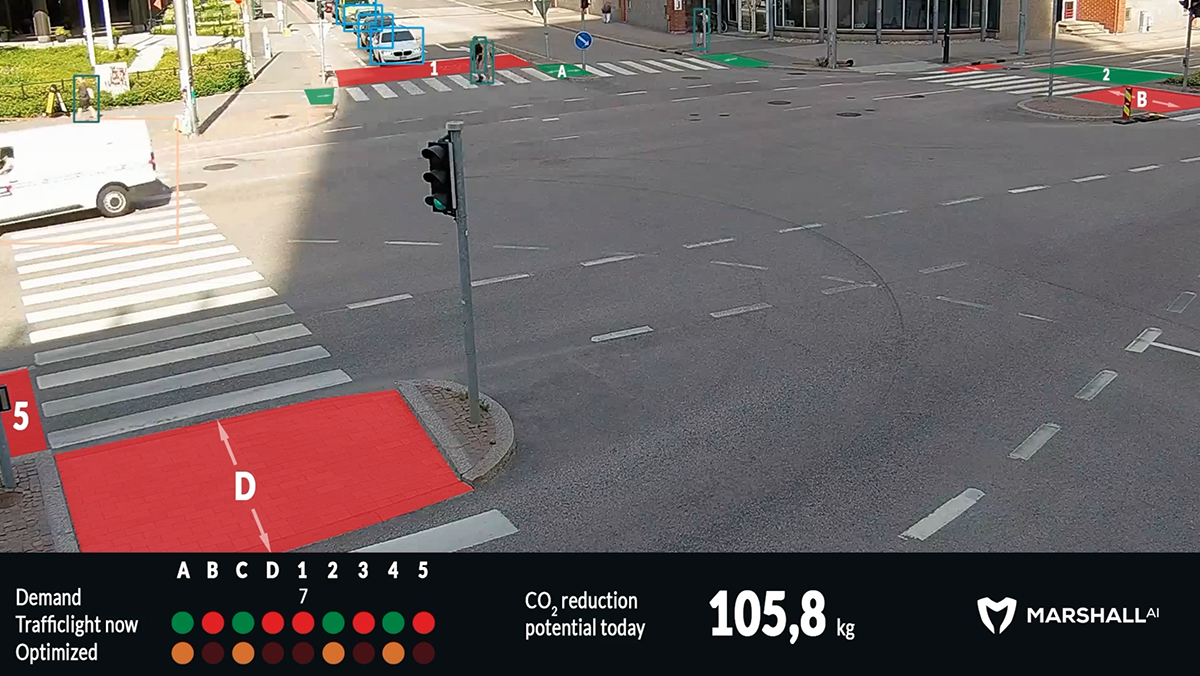 During phase 2, we implemented the system in two cities. In Helsinki, the technical infrastructure was built by installing new cameras and cloud computing. The three intersections were equipped with new traffic cameras and the traffic analysis was conducted using cloud processing. In Paris, we used existing cameras in the local network and the traffic analysis processing was conducted using an edge processing device MarshallAI delivered to the premises.

In both locations, the MarshallAI analytics software was deployed to perform the analysis in real-time. The traffic analysis provides both state-of-the-art granular traffic data and TLC-FI compatible traffic controller inputs.

The Ix3 system collected detailed data about each traffic user and detection area, including e.g. direction and speed. Using this data, the system not only provided information on the current situation but also identified all scenarios where optimising traffic lights would prevent unnecessary stops or waiting at intersections. The collected data was both analysed using actual occurred traffic flow and simulated with the Vissim tool, resulting in three scenarios of potential emission reduction.

1. A cluster of adjacent intersections with green-wave functionality

A cluster of adjacent intersections with pre-existing green-wave functionality remaining in place with medium traffic volumes. In this case, the emission reduction potential is on average 1% on top of reduced travel time.

2. A cluster of adjacent intersections without green-wave functionality

A cluster of adjacent intersections with pre-existing green-wave functionality disabled with medium traffic volumes. Here the emission reduction potential rises up to 8%, equal to taking away every 6th stop that occurs today. 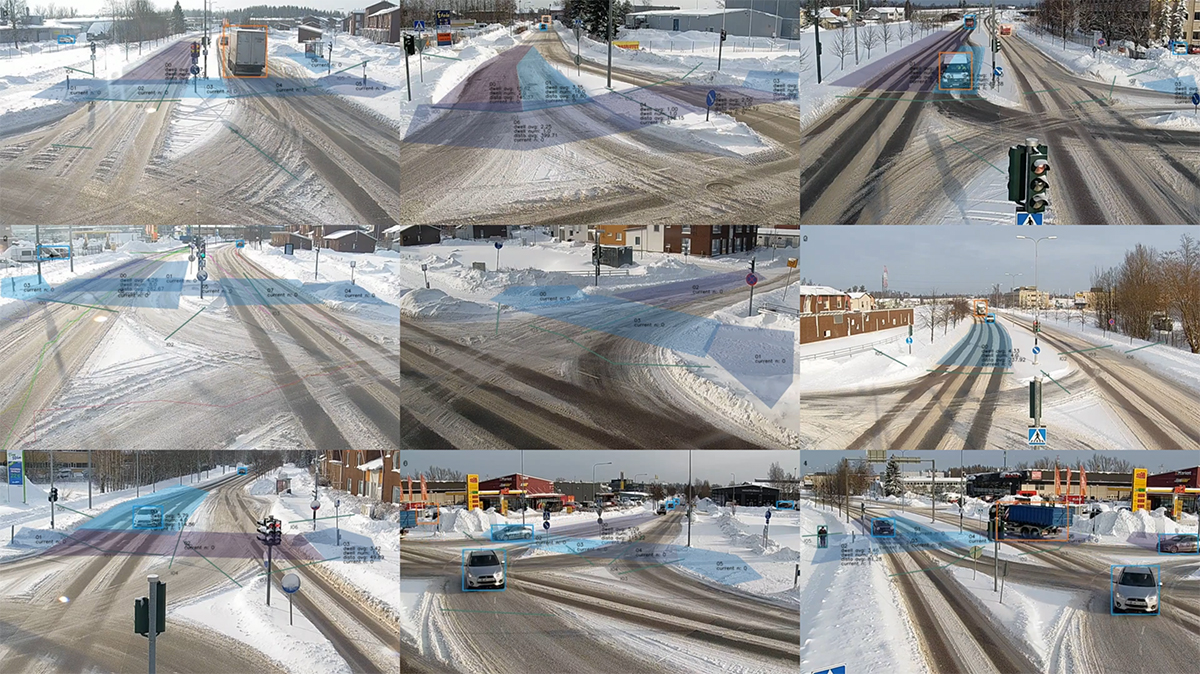 A single intersection with medium traffic volumes, with an emission reduction potential of 3%. 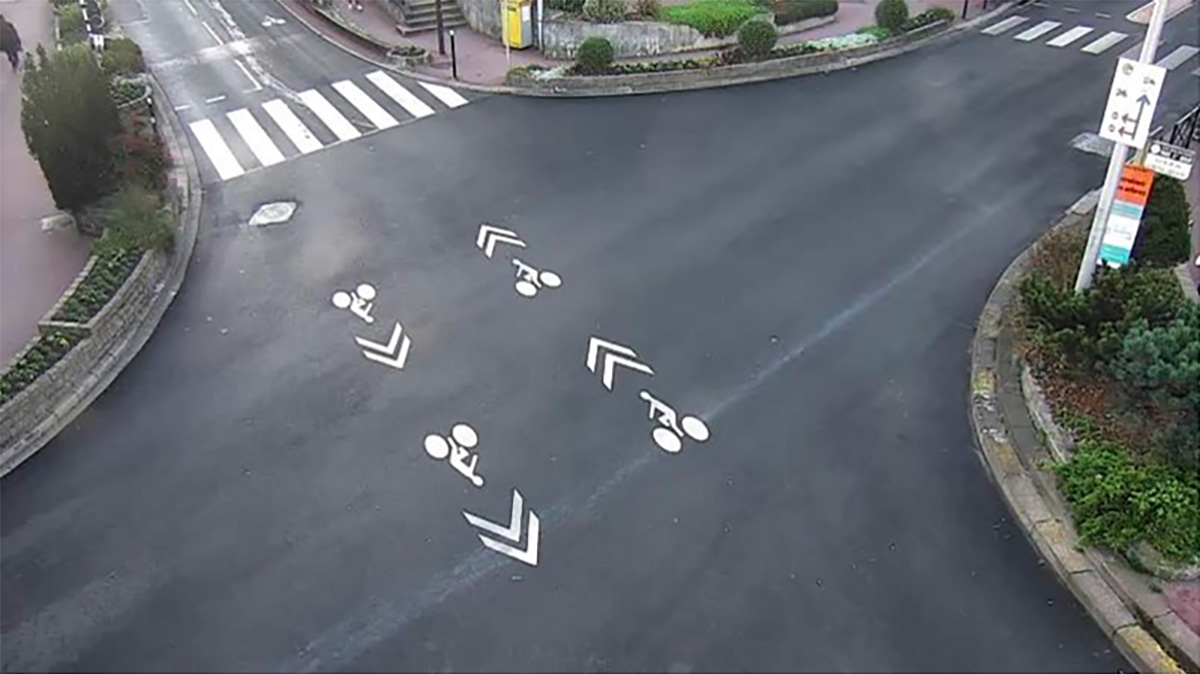 The main AI development steps during phase 2 were related to the smooth deployment of data analysis in multiple specified target intersections. As a result of the phase 2 actions and developments, the Ix3 system has now the following advantages:

Read more about AI4Cities or contact us to learn more about our unique traffic management solutions.