MarshallAI and Dynniq Finland advanced to the third and final phase of the AI4Cities project. The aim of the project is to develop AI solutions to tackle the mobility and energy challenges in Europe’s leading cities in order to reduce carbon emissions and contribute to climate goals. The two Finnish companies have developed a solution that will significantly reduce emissions in urban traffic by eliminating unnecessary stops, without compromising the safety of traffic users. 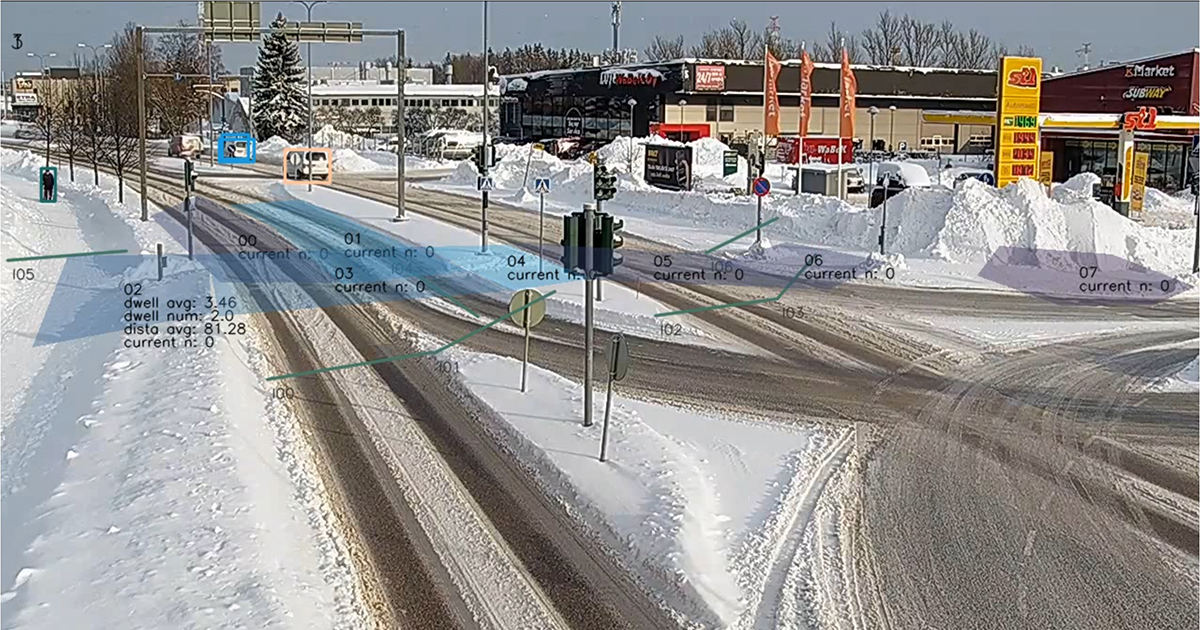 Ix3, an AI-powered solution developed by MarshallAI and Dynniq Finland, was selected for the third and final phase of the EU-funded AI4Cities project. This is a six-month phase in which the selected suppliers will test their prototypes in two European cities. The suppliers who have reached the third phase will each receive funding of just under a quarter of a million euros to carry out this large-scale test. MarshallAI and Dynniq will start piloting Ix3 in Paris and Helsinki. The aim is to demonstrate the approximately 5% reduction in emissions measured in the previous phases through smoother traffic.

In the previous phase, the Ix3 prototype was deployed at four different intersections, three in Suutarila, Helsinki, and one in Saint-Maur-des-Fossés, Paris. During the prototyping phase, MarshallAI and Dynniq succeeded in improving the emission reduction potential of the solution. The emission reduction focuses on avoiding vehicle stops, which undoubtedly cause a significant share of traffic´s CO2 equivalent emissions in urban areas. Data collected during the second phase shows that, at best, the potential for emission reductions would rise as high as 8%, equivalent to eliminating every sixth stop that currently takes place.

The Ix3 solution can reduce carbon dioxide emissions from urban transport without any negative effect for any traffic user. In other words, traffic can be optimized by eliminating the dead seconds when no one is moving at an intersection, without jeopardizing traffic safety. In practice, this means shortening the green traffic light according to actual demand and the real-time situation. Optimized traffic management significantly reduces carbon emissions from urban traffic without any negative side effects.

The project received around hundred applications interested in the overall 4,6 million euros funding. In autumn 2021, Ix3 was selected among 10 companies in the smart mobility lot to continue to the second phase. Based on the work done during this phase, AI4Cities has selected MarshallAI and Dynniq as one of the top three smart mobility companies to move on to the final phase of the project. AI4Cities is a three-years EU-funded project, working together with a total of six partner cities: Helsinki (Finland), Amsterdam (Netherlands), Copenhagen (Denmark), Paris region (France), Stavanger (Norway), and Tallinn (Estonia). The objective is to find AI solutions that will contribute to the reduction of CO2 emissions and help to meet the cities’ climate commitments in order to achieve carbon neutrality.

Read more about AI4Cities or contact us to learn more about our unique traffic management solutions.